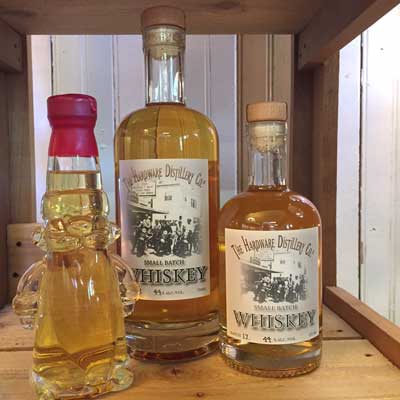 Mike Nicolson, third generation master distiller from Scotland, is helping us create an outstanding whiskey. As he says, it’s easy to make whiskey, but it’s really hard to make good whiskey. Ours is a Scottish lowland grain style whiskey. We can’t call it scotch because we’re not in Scotland, but in all respects it is a scotch because we’re starting with good water and using a similar distillation and aging process. It’s a process that can’t be rushed.